Do you ever get weeks that just seem to fly in? It happens to me all the time. I get really busy and barely have time to stop and breathe or notice life passing by. It’s been one of those weeks. The good thing is that being busy stops you from getting caught up in your own head and overthinking things. So what has happened since I last blogged?

Well the first thing was helping with the summer holiday club in my village. It was so refreshing to be involved with little ones again. I had the group of 4 and 5 year olds who were just getting ready to start school. They were so sweet. I just love the way little ones trust. They seem to see people pretty quickly and decide who they trust and who they don’t in a very short space of time. It was lovely when they came back on the second night and were giving me hugs – as if they’d known me for years. Little kids always remind me that we should come to our Heavenly Father like that. We know he’s good and we trust him so we should run into his arms at every opportunity, whether things are going well or we’re feeling sad. He’s longing to just hold us and love us. The other great thing about holiday clubs is just getting to be a bit daft, singing and dancing and jumping about with the kids and getting away with it; although I have to admit I didn’t always feel like it last week.

I also had a couple of ‘baby dates’ with my favourite 8 month old again in the last week. He’s into everything now. So alert and active. I’m sure he’s going to be walking very soon. He’s already pulling himself up and walking round the furniture. He was doing this cute fake cough that was making me laugh and today he was blowing kisses and dancing on all fours – so cute. And lots of cuddles of course – I love baby cuddles! Our friends came over on Saturday with their three adopted children. They love lots of attention but I can see such a difference in them since they moved to their forever home just over two years ago now. So good to know that those wee lives have been transformed.

Then Sunday was my daughter’s 23rd birthday!! I can’t believe it. I’m not old enough to have a 23 year old. And I’m definitely not mature enough or wise enough! I’m so proud of the young people my kids have become. When they were little I used to sneak into their room every night before I went to bed and pray over them. I always prayed that they would grow into a young man and woman of God and He has answered that prayer. It’s an amazing blessing. There was a time (especially when my son was a teenager) when it looked unlikely that he’d keep following Jesus but somehow God has kept him and I’m so grateful for that.

Going back to work on Monday after the summer break was something I’d hoped wasn’t going to happen and I wasn’t particularly looking forward to. It turned out to be a good thing though. It gave me some sort of normality and routine back in my life which made everything seem less intense. It was good to be around some of my friends too. And of course going back to work means there are more kids in my life again which is definitely a good thing for me. I know they’re hard work, don’t get me wrong, but you can learn so much from them and they’re so real and honest. On the whole they live in the moment and take time to appreciate what’s around them. I know I found that much easier as a child. They also have great imaginations, which leads me to the next part of my week. 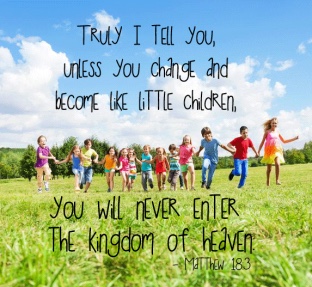 On Tuesday evening we decided to go and see ‘I Can Only Imagine’. Wow! What a great story. I must confess to tears streaming down my face in the cinema. There were so many things in the movie that I could relate to even though Bart’s childhood was nothing like mine. The idea of music getting you through tough times is so familiar. Music also reminds you of good times of course. I was thinking that at some point I must do a playlist of the songs that have been meaningful for me this year. There are so many. Some I’ve mentioned before. Since going to the movie I’ve been practising a few MercyMe ones: I Can Only Imagine (of course), Greater and Even If. Playing guitar and singing has definitely been a lifeline for me this year. Now I’m wishing I’d made a note of other things that stood out to me in the movie cause my mind has gone blank and I can’t remember what I was thinking of at the time. 😝

So I guess this post has really just been a snapshot of my week. Hopefully I’ll have something more inspiring to share soon. Until then I hope you’ll run into the arms of your heavenly Daddy more often and remember that he loves you unconditionally and has great plans for you.